WHAT IS VEDIC ASTROLOGY?

Best Vedic Astrologer In India – Aditya Shastri, as a specialist in astrological Services given some information regarding Vedic Astrology which will help you all know about astrology. 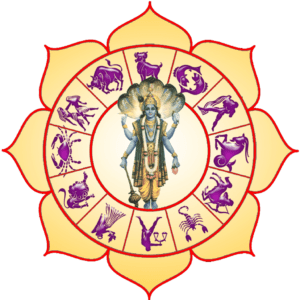 According to the Best Vedic astrologer in india, Aditya Shastri, Vedic Astrology is an ancient Indian science which explains planetary motions and positions with respect to time and their effect on humans and other entities on earth. Vedic astrology can be traced thousands of years back. Early Vedic astrology was only based on the movement of planets with respect to stars. But later on it started including zodiac signs as well.

According to Vedic astrology there are 27 constellations made up of 12 zodiac signs. 9 planets and 12 houses. With each house and planet representing some aspect of human life. Depending on when a person is born, the 12 signs are distributed among the 12 houses and 9 planets are placed in various houses. This visual representation of the snapshot of the signs and planets is called a horoscope chart. Vedic astrology is nothing but interpreting the meaning of these arrangements as it applies to humans and other entities.

This branch has the following different styles / sub branches:-

The most easily referred to difference between the two lies in the method of measurement of the Zodiac. Vedic astrology uses primarily the sidereal zodiac (in which stars are considered to be the fixed background against which the motion of the planets is measured). Whereas most Western astrology uses the tropical zodiac (the motion of the planets is measured against the position of the Sun on the Spring equinox). This difference becomes only noticeable over time, after the course of several centuries. As a result of the precession of the equinoxes. Synchronically, the two systems are identical, with just a shift of the origin of the ecliptic longitude by about 22 degrees or days, resulting on the placement of planets in the previous sign in Western charts about 80% of the time.

SCEINTIFIC BASIS OF VEDIC ASTROLOGY By Vedic Astrologer In India

Ancient Hindu literature is full of mythology related to zodiac signs, constellations (also known as Nakshatras) and planets. Which explain a lot of astrological rules. However the popular opinion is that the mythology was just a method that our ancient seers used to explain some very complex physical laws. Which were beyond the comprehension of common people.

Unfortunately even today’s modern science has not been able to fully understand those physical laws behind this ancient method although it’s getting there very fast. Our current understanding of the science of astrology lies in statistics and probability. Statistics is the branch of mathematics, which can deal with correlation between two or more seemingly independent events without knowing the cause of that correlation.

If in a chart of 1000 people have the same astrological chart. Then it can be seen that certain astrological rules hold true in 70%-80% of them. In statistical terms we may say that the occurrence of a specific event in one’s life. When certain planetary combination exists is “statistically significant”. Let’s say that you flip a coin 1000 times then the probability of “heads” is always near 50%.

Now let’s say that you observe the results of flipping a coin during the sun set and sun rise. If you find, after an year long test, that probability of “heads ” coming up during sunrise is not actually 50%. As expected, but its 70%, then you can actually construct a rule that if you flip a coin during sun rise. The chances of you getting a “heads” will always be more. Vedic astrology can be explained in a similar way.

Certain combinations in one’s chart actually result in a prediction. Which turns out to be correct in 70-80% of the charts having that combination. We may not explain it yet as to why it happens but the evidence is pretty strong that events can be predicted with very reasonable statistical significance.

Our Mission is to give the Knowledge and the Answers which we as a whole needed to have independent of our Age, Gender, Career decision and Class. This site is a push to spread this intelligence to you uninhibitedly and at solace of your home, committed to individuals who needed to look for the principal information with accurate and problem solving results.

Our aim is to listen and understand the problem of the client first and take robust, deliverable action to solve the issue in least time with confidentiality. we provide comprehensive, dependable & accurate services for all corporate and individuals. we achieve remarkable growth with quality service, personalized attention to our clients with 100% accuracy.

Best astrologer In Delhi Aditya Shastri serving all India network at present having  total 9 branches has its Head Office at Delhi, NCR is One of the Best Astrologer in India. It is supported by offices at Guwahati, Assam, Kolkata, Siliguri, Hazra, Bowbazaar, West Bengal… Astrologer Aditya Shastri not constrained only in India, He have many clients all over the world.

With so many fake astrologers who simply trade on astrology and have no idea and knowledge on the powers of astrology, numerology and Vastu. Here Aditya Shastri, have come up with the best advises on gemstones, astrology, Vastu, Palmistry, Numerology, Tantra and also Medical- Astrology Knowledge make him as the top world Famous  Astrologer in Delhi, India. 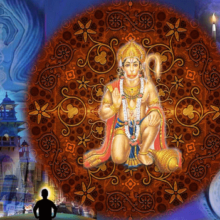 Astrologer Aditya Shastri is one of the Best Vedic astrologer in Kolkata, India offers wide range of astrology related services as per client needs. As a specialist in astrology services he can able to solve most of the astrological problems with his consultation. 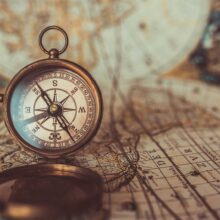 Vastu Consultant Aditya Shastri is one of the Best Vastu Specialist in Kolkata, India offers wide range of Vastu related services as per client needs. As a Vastu Consultant with his Services he can able to solve most of the Vastu problems with his consultation.

Palmistry Consultant Aditya Shastri is one of the Best Palmistry Specialist in Kolkata, India offers wide range of Palmistry Services as per client needs. As a Palmistry Specialist he can tell you the major changes in your life and their characteristics. Considering both while predicting your future through Palmistry. 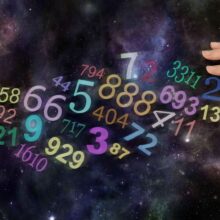 Tantra is a hidden part of Astrology. With Tantric Services we can find permanent solution for complicated issues. If you are looking for a reliable Tantrik services then contact Aditya Shastri. Aditya Shastri is a reputed Astrologer and Best Tantrik Specialist in Kolkata, India.

You can get your gem stone depending on your horoscope by Aditya Shastri – famous and Best Gem Stone specialist in kolkata, India. Looking for top authenticate gems in Kolkata. Get various collections of Gems at a lower price in Kolkata, India. 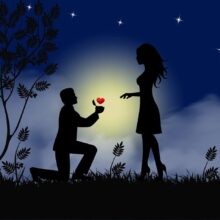 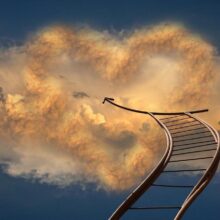 Because of Covid Global Pandemic Millions of people across the globe have lost their jobs and become unemployed. If you are also facing the same situation? World Famous Best Career Astrologer in Kolkata, India  Aditya Shastri Ji can help you with his Devine Guidance.

Experience Top Astrological Services in Kolkata, Hazra, Bowbazaar & Siliguri, West Bengal (WB) By Top Astrologer In Kolkata, India. Astrology is the technique of identifying the type and future of a person through the positioning of the personalities and planets. 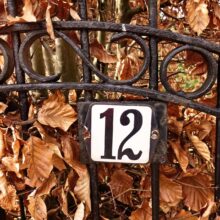 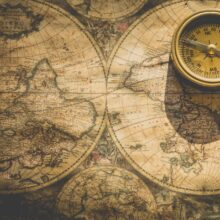 Book A Service Offered By Best Astrologer In Kolkata, India 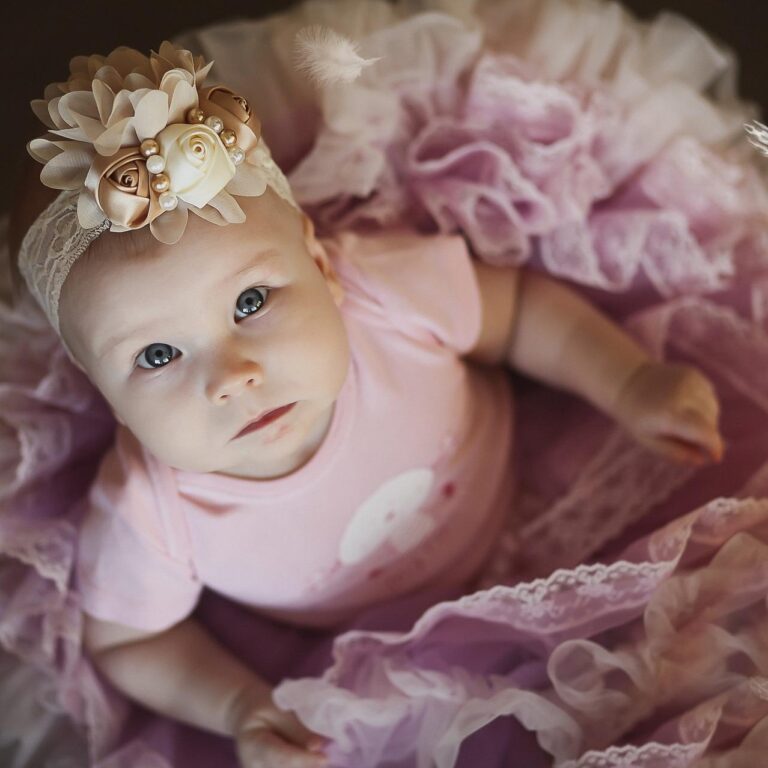 Royal Baby Is Born! All About Its Astrology Chart By best astrologer in india

Royal Baby Is Born! All About Its Astrology Chart By best astrologer in india As per… 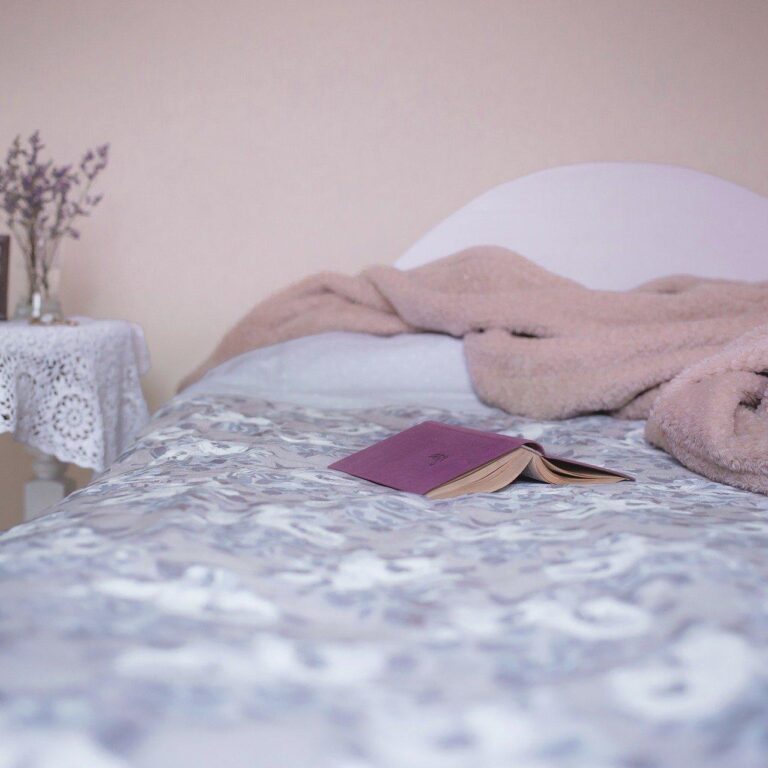 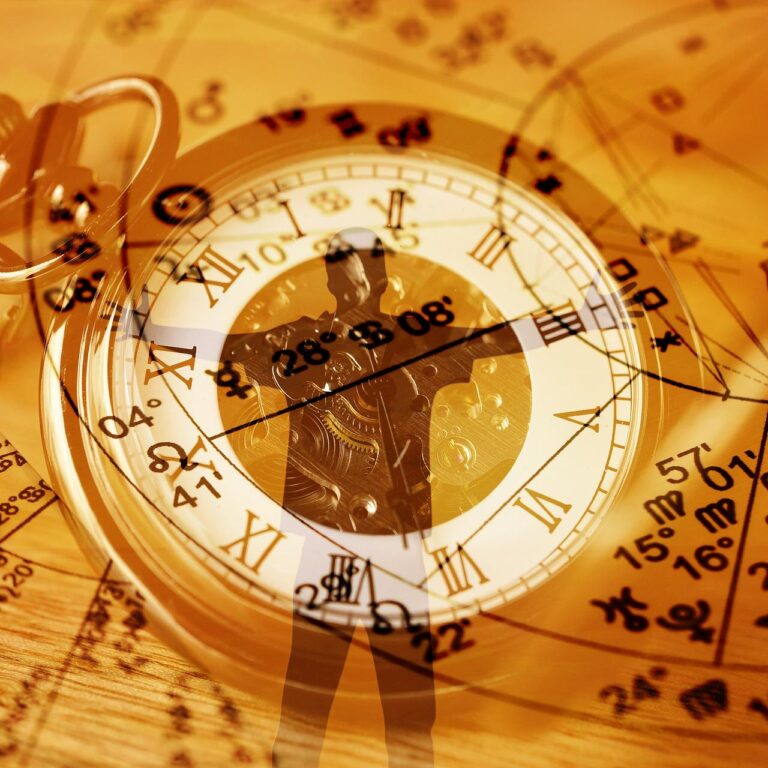 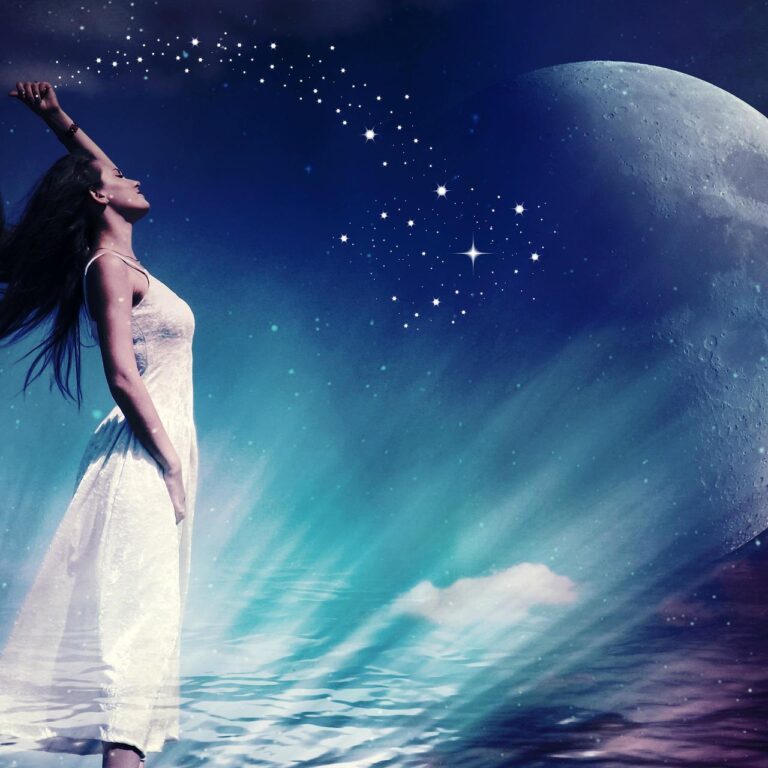 Astrology – The Planets In Astrology both the Sun and Moon, as heavenly bodies are generally… 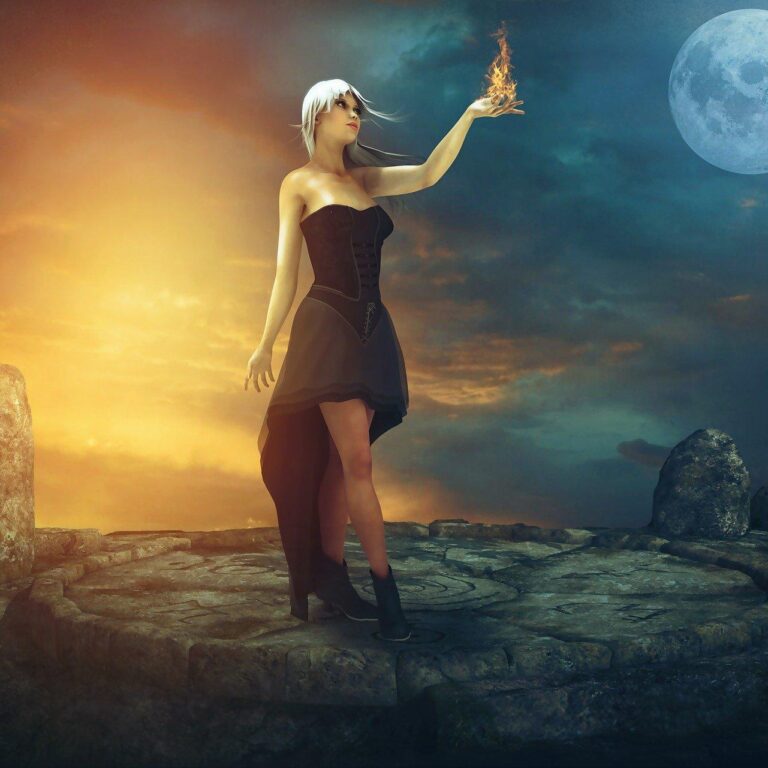 There are a host of factors in Vedic Astrology which define a person’s life and destiny.… 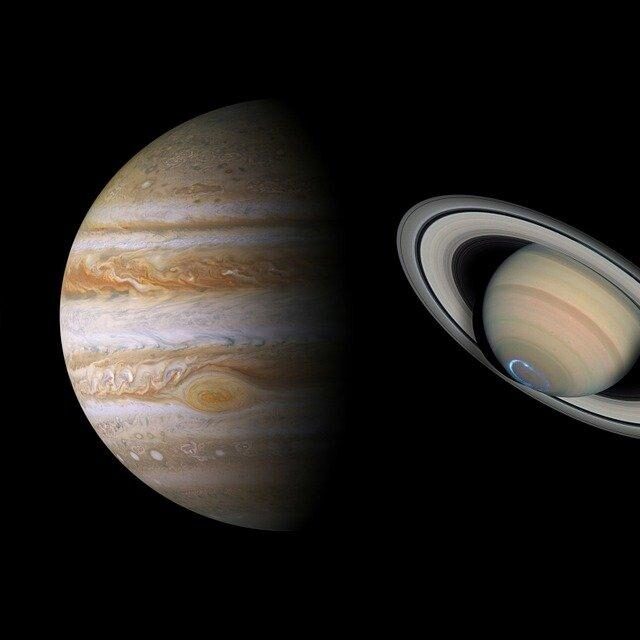 Importance of Mars in Astrology

Mars, the Warrior Planet is considered a Natural Malefic both in Vedic and Western Astrology. Mars’s… 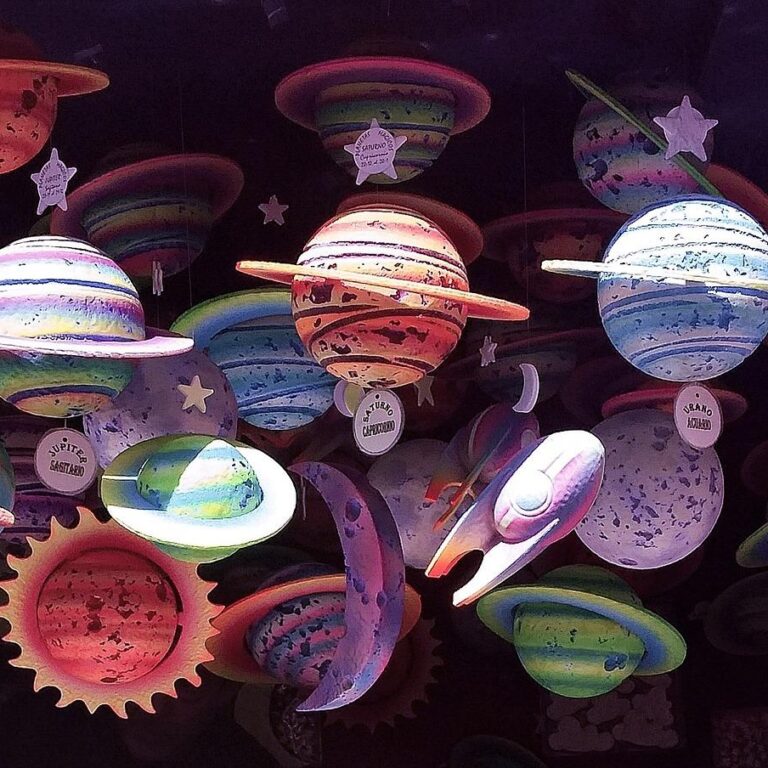 Astrology IS A Science

Astrology Meaning The word ‘Astrology is derived from two Greek words: Astra, which means a star,… 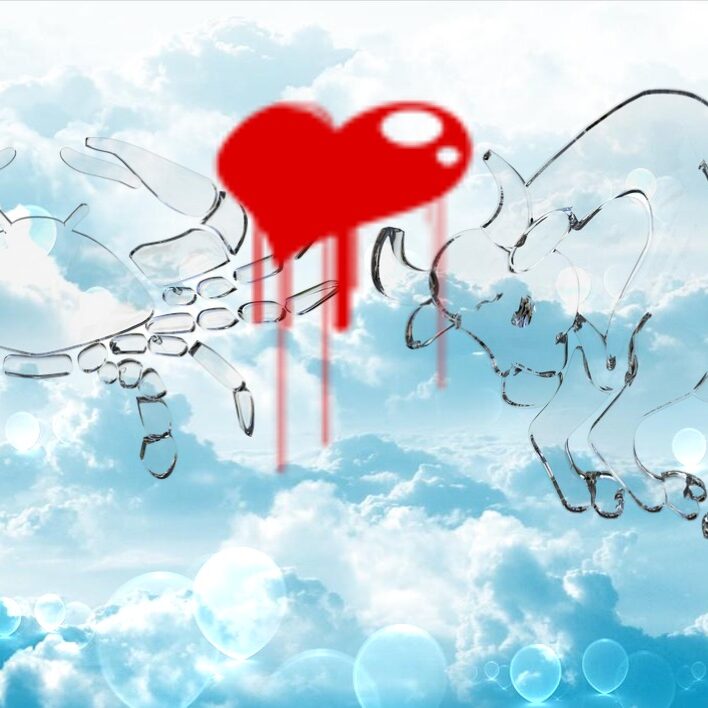 Taurus and Cancer share one of the sweetest relationships of all. Whatever their relation maybe, they… 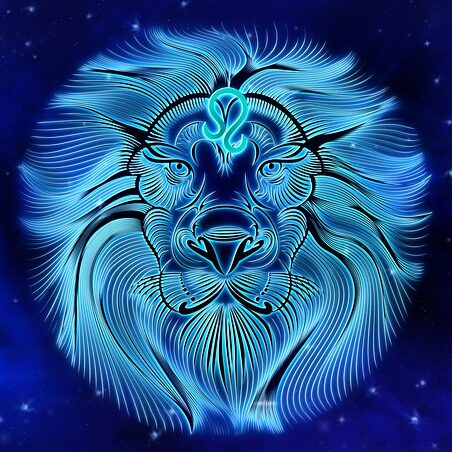 All Leos of the world can be described using one metaphor – the sun. They want… 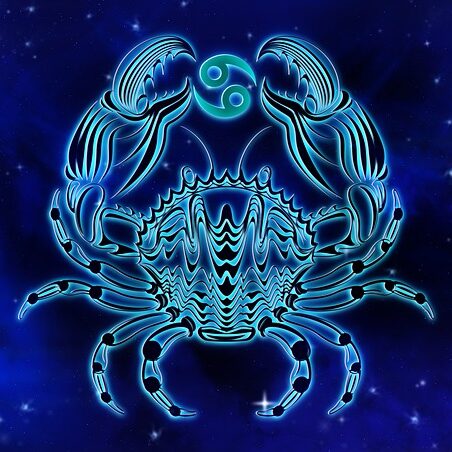 Cancerians are very defensive creatures – defensive of themselves, their friends and family. They have a…