You are here:
Astrology 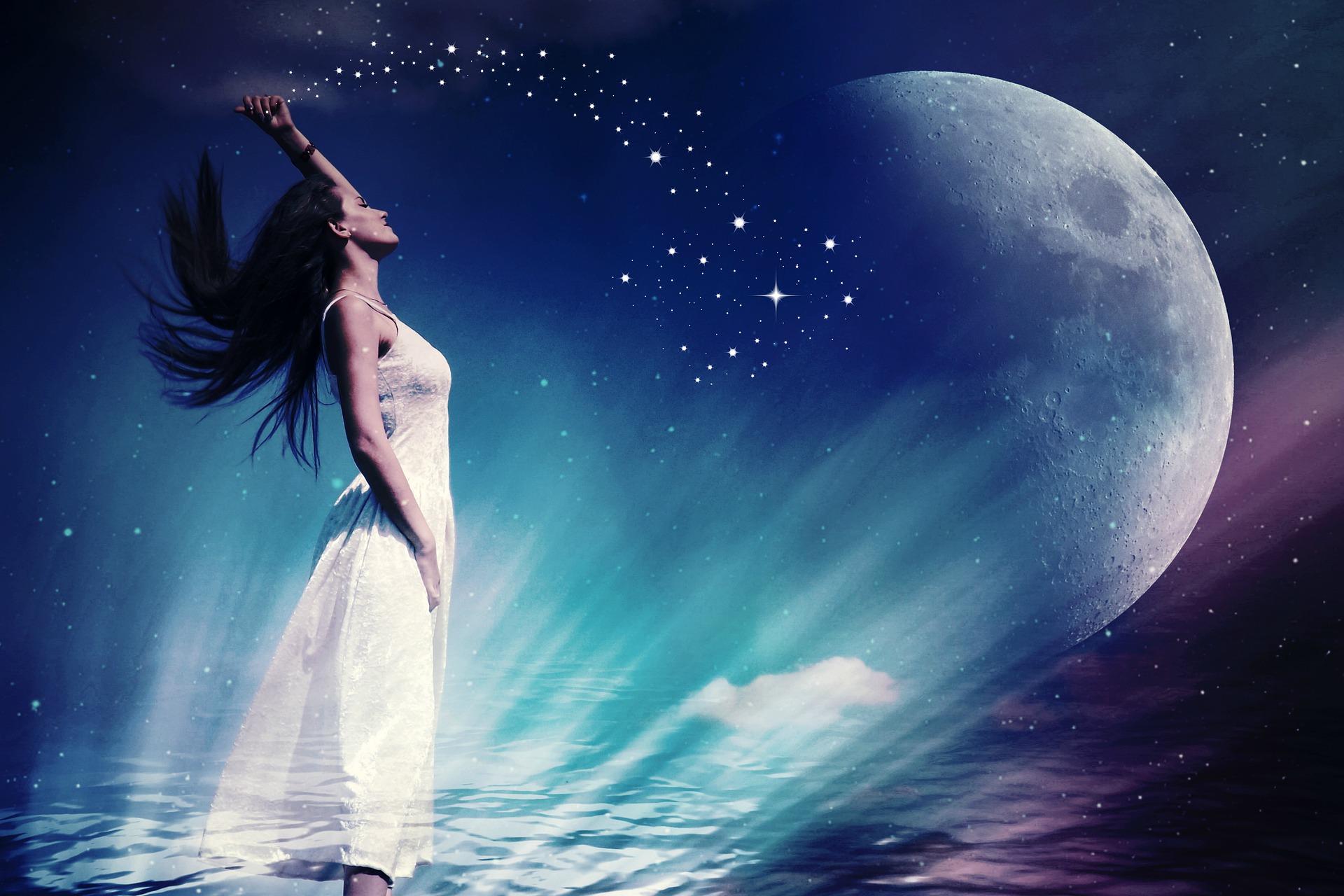 In Astrology both the Sun and Moon, as heavenly bodies are generally included among the listings of the influences of the planets.

The subject of planetary influence upon life on earth and upon the human psyche in particular has been the focus of attention over thousands of years and in every culture. Where Astronomy continues to observe the physical aspects of the planets, scholars continue to refine what is known of the affects of the planets upon our human psyche.

Remember, the influence over each individual can only be determined by his Astrological Chart which will modify or intensify each factor through what is established as the special relationship of one planet to the other at the time of birth.

The centuries have confirmed the following generalizations.

The Sun is obviously the most powerful of the heavenly bodies. It represents our most important or spiritual being and represents our enduring characteristics throughout each lifetime. Each of us evolves through incarnations under a birth sign which is different each lifetime. Progressing through all the zodiacal birth signs until we have complete experience of human nature. The Sun holds the key to our spiritual life and in our birth Chart indicates all that is life giving, warm, masculine, positive, optimistic, electric and creative. It is an indicator of our good fortune in life and our conscious intelligence.

The Moon is the complementary heavenly body to the Sun. It represents our growing and changing soul which is affected by changing circumstances and emotions throughout our lifetime. It represents our unconscious intelligence and subconscious mind and emotional outlook rather than our conscious thought as does the Sun. The qualities it symbolizes are the feminine traits of nurturing, calming, comforting, reflective, magnetic and is concerned with gestation and growth. It is an indicator of our personal emotions and our faculties of intuition and imagination.

Mercury was once considered the messenger which flew between heaven and earth. It represents the human mind with such capabilities. Its position in the chart and the relationship with other planets and energies will indicate whether we are utilizing this gift of free will and human intelligence to the utmost. In the Chart is shows the speed, the movement and the talents we have for communication and intellectual development. It can equally indicate, along with other factors in the Chart, a highly developed genius for peace or an agitator for revolution.

The benign planet of love and harmony. These qualities are immortalized in the legends of the gods and in the enduring symbols of romantic love and harmony integral to the great works of art of all times. The planet affects our talents in music, dance, decoration and in diplomatic skills which maintain a peace between differences. In the Chart it indicates our love capacity and our personal needs and expressions and much of our good fortune.

Mars is dedicated to protection of things of value – defense of the weak – preservation of goodness in culture and in all things and is willing to fight to the death for its cause. It was once the god that was twinned with Venus, which represented human goodness. In the Chart it indicates an inclination towards activity, agitation, aggression, even violence, but also shows the ardent qualities of the soul and its willingness to defend its values. In our Chart it shows our dynamic talents and passions as it shows our ill fortune which comes through uncontrolled energy and enthusiasm or the aggression of others.

Jupiter is the grand planet of beneficence. It represents magnanimity, generosity, wealth, good fortune, happiness and abundant health. Because it indicates ease and luxury it has been shows by the symbol of the horn of plenty. But in a Chart not only will it indicate these things, but also where one is perhaps lazy or indolent because of good fortune and so can be although generally the planet of well being, can also show where we are resting on our laurels so to say. Generally its influence accentuates the good.

Saturn is regrettably generally considered ‘malefic’. We know it as a huge planet with mysteries as yet undiscovered. In legend however, it is always associated with its main purpose in human life, to cause difficulties and death, before renewal and known as ‘The Reaper’. It is certainly the representative of the great law of Karma – the justice which fulfills the law of action and reaction and which we question “why to us?” when we suffer bad fortune but neglect to do the same equally with our good fortune! Saturn’s influence represents natural law. In our Chart it shows the difficulties, our personal restrictions, our unresolved problems and the serious matters of our soul which provide the present lessons we must learn for our personal growth.

Uranus is the unpredictable planet affecting all of us by its energies causing unusual and unconventional feelings, interests and behavior. Its influence flooded our earth and our civilization with stimulated the growth of great planetary changes throughout the last few centuries of revolutions and wars beyond anything history has shown to date. Its influence is to urge us out of the confines of the individual consciousness to understand the universality of all life on our earth and beyond. It focuses the virtues of the New Age Of Aquarius (the sign it rules) that is humanitarian instincts, purposes and actions. In our Charts it will indicate the sudden and life changing things that happen without any observed cause. In our nature it touches the part of us which wants to swim against the worn out values of the past and to break new ground.

Neptune as its name indicates is the planet which rules over the most nebulous of our watery emotions. As we look at a globe of our earth. We see that the material world or earth is much less than the great vastness of the oceanic blue. Water proves greater materially and in our human psyche, shows our emotions to be greater than our physical selves. But until we know how to utilize its influence the energies show in our Chart as our vague potentials, our dreams, our unrealized selves, the indeterminate aspects of our character, our human weaknesses instead of virtues and strengths. It shows our capacity for addiction to habits and to drugs and our reliance and the blame we foist upon others. Its most controlled energies provide us with inspirational dreams and ideas, with idealistic concepts and feeling, with mystical experiences and with a sense of the greater unity of life beyond our petty ego.

Pluto is so small that it is easy to see how one could query it having any influence upon our distant world but indeed its influence is such that we are now beginning to find to what extent. Having only been recently discovered there has been limited investigation possible as to how it affects us but certain factors emerge. Pluto was associated as the god of the underworld and often thought of as negative. But like all energies, they can be bad or good depending upon the purpose to which the energies are harnessed. If it is seen that the power of Pluto directs the great monopolies and business enterprises which have bullied others out of existence, or which work to undermine the health and well being of us all, it is course is seen as a negative power developed and expressed in this way.

However if the same energy could work to bring us a one world of peace and a brotherhood of people an ideal as yet never accomplished in our history – it can only be seen as a unifying principle which is goodness itself. The actual details of Pluto, its function in the solar system and its affect upon our lives remains to a large extent, speculation.

Royal Baby Is Born! All About Its Astrology Chart By best astrologer in india
October 19, 2020

Importance of Mars in Astrology
October 14, 2020