Shiva symbolizes consciousness, the masculine principle. Shakti symbolizes the feminine principle, the activating power and energy. Whenever a power becomes active, and wherever energy exists, Shakti is working. Shiva depicts silence and Shakti depicts power. Shiva is the creator and Shakti is the creation. Shiva can’t be thought without Shakti and Shakti without Shiva. Anything which is seen around whether physical or mental is Shakti, individually and collectively. This includes everything from a stone to the sun. Everything in this universe comes from shiva and individually comes from the power of Shakti; they are one and the same.

Shiva is the father of all that moves and is motionless; he is said to be naked, clothed in the universe. He is usually depicted as wearing a tiger skin and holding a trident which represents the three gunas of which he is the eternal master. He is said to ride a bull called Nandi and contains within himself the seeds of creation. Shiva has many aspects. He is called as Rudra, that depicts he can destroy all evils and anything once he gets angry, with his third eye.

Shakti also has many aspects. She is called as Kali. She’s the dissolver of the world. Shiva and Shakti are symbol of love where separateness doesn’t exist. Only when Shiva and Shakti combine can action, movement and creation arise. Until energy is impregnated with consciousness it is ignorant, disordered, aimless and “blind”. Energy alone can produce nothing; consciousness bestows upon it content, form and direction. Conversely, consciousness without energy is dormant power, sleeping energy, and on its own is unable to be the cause of anything. Just as Prakriti without Purusha is unable to act, and vice versa, Purusha without Prakriti is also incapable of creating anything. The meaning of Shiva and Shakti is occasionally misunderstood when Shiva and Shakti are looked upon as “man” and “woman” and their union is regarded as a sexual relationship. Sexuality is something completely natural, and misunderstanding arises only when sexuality and spirituality are mixed. Sexuality is the union of man and woman and Spirituality is the union of the human and the divine consciousness. 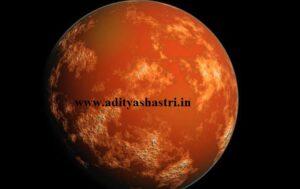